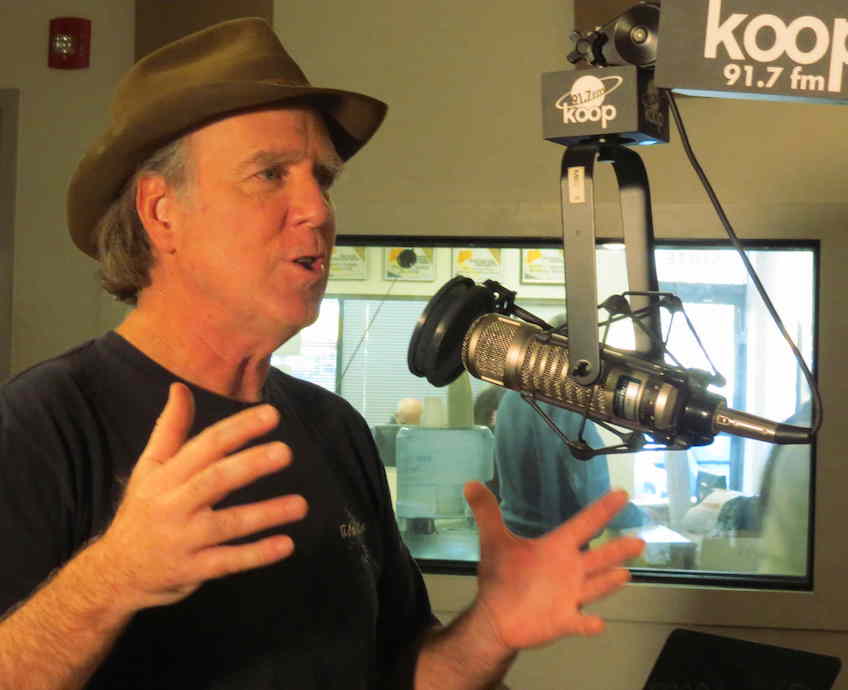 Thorne Dreyer's guest, Rag Radio environmental reporter Bruce Melton, is a professional engineer, environmental researcher, filmmaker, author, longtime contributor to The Rag Blog, and CEO of the Climate Now Initiative based in Austin. Today, we discuss the California fires; the Kingsland flood; the Intergovernmental Panel on Climate Change's new report; Bruce's film, Climate Change Across America; the Titanic II (not safe from icebergs); and, yes, some good news too.Rag Radio is produced in the studios of KOOP 91.7-FM, an all-volunteer, cooperatively-run, solar powered community radio station in Austin, Texas, in association with The Rag Blog and the New Journalism Project, a Texas 501(c)(3) nonprofit. It is streamed live on the Internet at KOOP.org and Radio Free America. The host and producer of Rag Radio, Thorne Dreyer, is a prominent Austin-based activist and writer who was a pioneer of the ’60s underground press movement. The show’s engineer and co-producer is Tracey Schulz and the staff photographer is Roger Baker; Suzy Shelor is Rag Radio associate; Alice Embree is guest host; and Glenn Smith is our political analyst. The syndicated show is broadcast (and streamed) live Fridays, 2-3 p.m. Central) on KOOP, and is later rebroadcast and streamed on WFTE-FM in Mt. Cobb and Scranton, PA., on Houston Pacifica's KPFT HD-3 90.1, by KKRN, 88.5-FM in Round Mountain, CA, and at WALHRadio.com in Wilmington, OH -- and as a featured podcast at Veterans Today. Learn more about Rag Radio here.
Running time: 56:53.
Contact:  ragradio@koop.org.